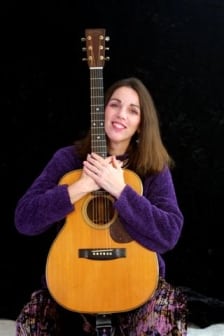 Elaine Silver and Her Yoga Buddy

Did you ever discover you could do something you never thought you would do? Back in 1983 (I think), I was attending a yoga class. The woman on the next mat and I smiled, chatted after class and became friends. Her name is Elaine Silver and she has been a folk singer most of her life.  At the time I was a single parent and did as many readings in between the usual, cooking, cleaning, laundry, driving children and more. Life was full yet I was always eager to try something new.

One night Elaine dropped by, sat in a kitchen chair and stated: “I’m so bored by the songs I sing, I need to do something fresh.”

“I wrote some poems and I think some can be used to create songs, I’ll go get them.”

Moments later I plopped two grocery bags full of paper on the kitchen table. Dinner mats, napkins, scraps of paper, hundreds if not more, all with words written wherever and whenever the inspiration arrived.

“Here, what about this one?”

Six weeks later we had written twelve songs, almost all the music was her conception, almost all the lyrics, mine.  We share both music and lyrics as co-composers and registered everything at BMI. She then went on to create tapes, then CD’s, of some of the songs, sing them throughout her tours and go on to create more on her own. This delightful interlude of creativity wove some more magic awhile later.

About four years later I attended the Stanhope House, a great old inn with wonderful live entertainment, dancing and that night, Elaine was the opening act for Loudon Wainwright. Knowing what a prolific and wild writer he was I wanted to meet him. I also was thrilled to hear words I wrote sung by Elaine. She has one of the most delightful voices I’ve heard.  What I didn’t know was that night a man who introduced himself to me with a ridiculous intro: “Hello Nancy, tell me why do autistic children rock?” I wondered why he would have such an odd question as his way of relating. So odd that one and a half years later I married him!  And that’s what I get for wanting to play with a friend and create something I had never thought of before. 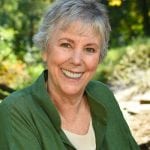