I retired after 25 years of service with the New Jersey State Police. After being a road trooper for five years, I became a detective and was assigned to the Polygraph Unit. For the next 20 years I conducted polygraph tests on suspects and informants for all law enforcement agencies throughout the state. During that time, I assisted in many major investigations including the Iceman case (3 HBO specials have aired) and the Megan Kanka homicide (Megan’s Law).

From time to time I would hear that a psychic had been consulted on a case. In general, detectives were very cautious in accepting their opinions. Often the information was seen as being too general to be of any assistance.

In 1995 I obtained a copy of Psychic Detective written by Nancy Orlen Weber. I was amazed to read about her involvement in many cases I had worked. I was even more impressed by her accuracy. She gave police specific, relevant, and concrete information early on in investigations that proved to be absolutely correct! I wondered why I had not heard of her impressions while I was involved in testing suspects in the case. But I realized that often her conclusions did not mesh with police theories. She did all she could but she could not make people believe her. However, in each case, her information proved to be entirely correct. Since I had worked on these cases I knew all of the police officers mentioned in her book. So I began calling them to see if this was all true. Not only did all of the officers vouch for the information in the book, they told me that Nancy actually did more in some cases than she had related. 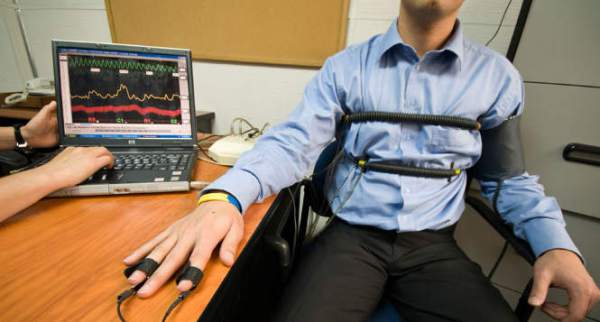 But I did not really need their endorsement, as I had lived the cases. In her chapter “Murder Close to Home”, Nancy writes about a woman who was murdered in her home. Police focused on her daughter and some male friends of the victim because there did not appear to be any forced entry into the apartment. In addition, the murder weapon was from her kitchen. Their conclusions were sound based on the evidence at hand. Nancy told them early on that it was a stranger – a male stalker who lived in Netcong. She told them that he had watched her and had committed other crimes. She said that he had entered through the kitchen window. Investigators did not think that anyone had come through that window. We ended up polygraphing twelve potential suspects – friends and acquaintances who the victim may have let in. I remember one day that a detective told me they had talked to a psychic and she had given the initials of the murderer; “NM”. I remember going through the list of people we were testing to see if any of them matched. We cleared everyone we tested. About nine months after the murder, police in Netcong conducted a search warrant on a burglary suspect and found a stack of newspaper articles about the murder in Mt. Olive. They checked the man’s fingerprints and matched them to an unidentified fingerprint that had been lifted from the victim’s kitchen window. His name was Nicholas Muscio and he was found guilty of the murders. He had not known the victim. As I read further into Nancy’s story she wrote about the victim’s daughter and how much she had suffered emotionally at being considered a suspect in her mother’s death. I knew about the daughter’s feelings because we had polygraphed her and cleared her as a suspect about 5-6 months after the murder.

I then read “Serial Killer” about the murders of Amy Hoffman and Deidre O’Brien. I kept close tabs on that case as I worked with the investigating detectives. We later polygraphed the killer, James Koedatich, and found out what a sadistic psychopath he was. Even though he was on death row, he bragged that he would kill again before he was ever put to death. Then the chapter titled “Unsolved Murder” about Princess Doe. Another case I had worked on through the years. It is still ongoing but there are some interesting points that may yet be verified. In “Is He a Serial Killer”, Nancy discussed the murder of a woman in Belvedere. I had been brought in to polygraph two suspects. They both passed their polygraph tests and I cleared them. But a few days later I received a phone call that the second person, John Reese, had been brought back in for questioning and confessed to the murder! In my entire career running the polygraph, this is the only known error that I made. Imagine my surprise when I read in Nancy’s book that the detective was quoted as saying that it was her identification of Reese that directly led to him being brought back in! Thank God for Nancy. Because of her, Reese was caught. Even though I am retired from the New Jersey State Police, I still conduct polygraph examinations and consult on open cases. I do not hesitate to recommend that investigators contact Nancy for help on their cases. In fact, I feel I would be remiss if I did not. She is a valuable resource for law enforcement.