A little about my style. I’m a “what you see is what you get” person. Helping others find their own gifts, help strengthen their abilities, and gain the confidence to do their own mission. This is what gets me excited, I love when someone has an aha moment. When they free themselves from any limited belief system.

Are you a beginner who is curious to find out if you are psychic? The easy answer that most of us will tell you is yes, everyone is. Why do we say that? Think of the soul as part of the whole, not just you, not just humans, part of all creation and available to receive the flow of love, intelligence, wisdom and more. That flow is everyone’s as long as we don’t shut ourselves down in some ways. Or maybe you have a practice and simply want to seek others guidance to continue growing your abilities. Private mentoring may offer you some support for continuing your path.

In the Infinite Light of Love,
Nancy

Over the many years in using the gifts in a variety of fields, I am able to assist you on your chosen path.  A few of the areas I work in include Animal Communication, Crime Work, Medical Intuitive, Mediumship, Past Life Regression, Psychic Readings, Research, Dream Studies and more.

I recommend one a week if someone is serious about it. I also give homework which simply means practice makes better.

Sessions are one hour. I suggest you have a journal, not a computer to write down some things during the session.

We can work by either in-person, or on Zoom. I prefer we see each other however for some folks that can be difficult so phone is it. 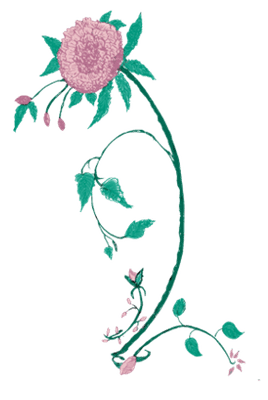 I’ve met some great folks along the way who mentored me, held my hand and simply showed their belief in me. I know how important that is for me and it may be something you feel is important.

One last thing I’d like to mention here. There are a few folks in the field of metaphysics who are what I think of as Soul Kin, like minded in thought and deed, so if I’m not the right person and you do want help, check out John Holland or Pam Coronado. If I wanted instruction I would trust one of them to guide me.

So many people have had a positive influence on my life. I’d like to share the following two in particular to start with. I learned through my many mentors the importance of soul to soul connection. Listening, sharing and practical wisdom. It’s why I now have a mentoring program one to one. It is my hope to support the best within each person I work with, to help them know they are truly exceptional, each and every one.

This particular woman entered through an unusual door. I was living in Puerto Rico, newly married to a physician who had a two-year Fellowship working on the split-brain studies that were developed by Dr. Roger Sperry and the man leading the laboratory in Isla Verde, PR. Unfortunately, Dr. Gilbert Arnold Preston, my first husband, was also bipolar and unbeknown to me before this, prone to violence. He left me permanently disabled after he went into a homicidal rage when I was five months pregnant. The injuries I sustained caused, among others, the nerves leading to the uterus to slow down tremendously. I was in active labor for forty-eight hours. Two weeks after I gave birth, of which contained many complications, I was readmitted to the hospital dying of massive infections.

Miracles can happen in the oddest ways. My fury at the poor treatment, the lack of wisdom on the part of three doctors arguing while I lay dying, fueled my body, and I kept improving by using my own intuition on what I needed in thought and action. I went home to care for my infant and removed her from a very crazed husband. I did not speak to anyone except my child. No one else heard me. Ten days after signing myself out of the hospital to care for my child I was sitting on the side of my bed when I heard a woman’s voice gently saying hello. Then I saw a lovely kind woman in a beautiful deep blue suit with a hat to match. Dark hair and eyes that shined with love she spoke of going into the spiritual waters. I believed I must be hallucinating, after all what else could that be?

At my appointment with my primary physician from the Navy I told him about it. He said: “It can’t be a hallucination. You are capable of discussing what transpired and your curiosity about it.”

“Then what is it?” I responded.

“I have no idea. If it is helpful what does it matter?”

What a wise man that was!

That was June of 1969. In 1975 I attended a lecture on Psychic Development by Nancy Pisano in Peekskill, NY. I had no idea what to expect and was ridiculously worried about seeing someone who makes a claim that she is psychic. I felt compelled to at least see what psychics thought they were about. I had enough experiences throughout my life that now, in my quest I was more curious.

“ Then suddenly as the speaker appeared I realized I was looking at the same woman from 1969! Afterwards, I spoke with her and asked if she had the clothes I saw and gently mentioned she was about 20 lbs lighter when I saw her. “Yes, I do and yes I gained some weight.”

Nancy Pisano was my first mentor. She is now with her son on the other side. I know she can hear how grateful I am to have known her. I think of her practical wisdom, her common sense and her ability to walk the path of a soul reaching out to help others.

A few months later, a local friend was hosting a woman from England who was giving readings and a workshop. I was eager to hear another person’s experience and learn from them. I booked an appointment and the workshop.

Who was this very down to earth, kind woman with a fun way of teaching and helping? She was practical, not giving to discussing her religion, beliefs or much of her life. I had booked a session with her for the day after the workshop. Sitting across from her I suddenly remembered a dream I had when I was ten years old. In the dream there was a mirror on the wall to my right. It had seashells surrounding the mirror. I was seated opposite a woman with a British accent who said:

“Now it is your turn to give me a reading.”

As I recalled the dream I looked to my right and on the wall with a mirror surrounded by seashells. The British psychic, Margaret Flavell Tweddell smiled at me and said:

“Yes, you now remember when we first met in this lifetime. It is your turn to give me a reading.”

Margaret explained how we can travel while asleep or awake spirit to spirit to serve to love and to help.

Recently I found more about her online than I ever knew. This is to honor an incredible mentor who I corresponded for years with, who believed we were sisters in a past life and was a friend when I needed advise.

Here are some links regarding Margaret and her wisdom.